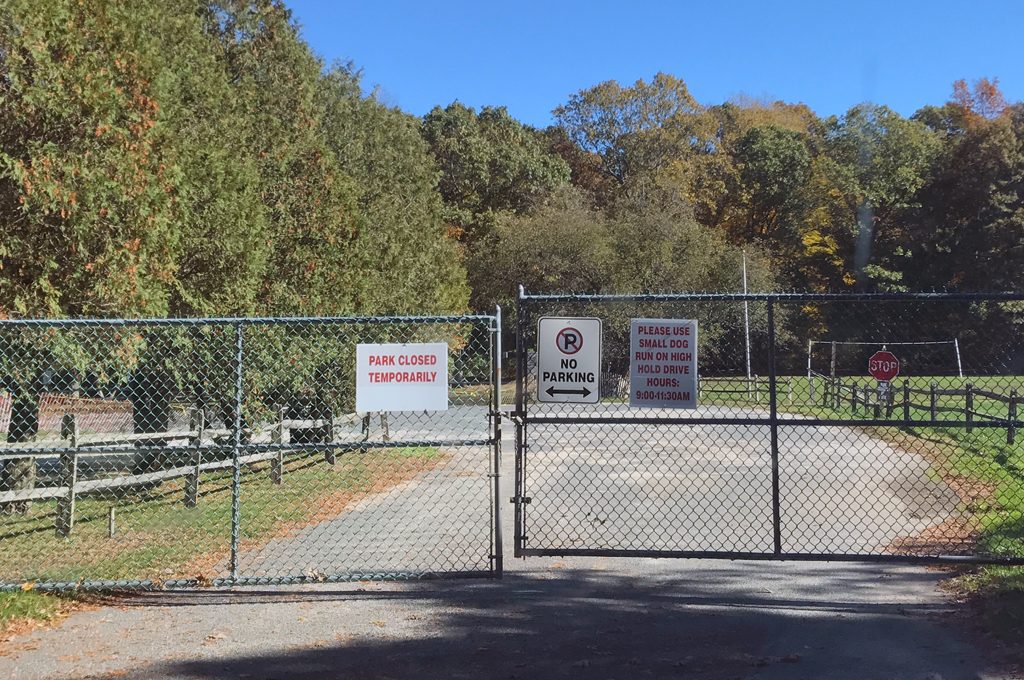 The West Hills Dog Park for large dogs, which covers almost two acres on Sweet Hollow Rd., has been closed temporarily as a result of illegal dumping at the nearby Sweet Hills Stables. At this point, there is no evidence that contaminated material was illegally dumped in the dog park itself as the soil did not appear disturbed. Moreover, the Suffolk Dept. of Health Services announced on Nov. 3, 2016 that laboratory analyses “do not suggest excessive, widespread contamination…even though the levels may exceed those required for criminal prosecution.”  In fact, contaminant levels “do not represent an unusual exposure for an active recreational setting, like the riding center,” the Health Dept. concluded.

Nevertheless, the dog park was closed and will remain closed while the investigation into illegal dumping continues by the District Attorney’s office. “Due to the sheer scope of the situation and the fact that it is still a very active and ongoing investigation, [rectifying the situation] is likely to take longer than anyone would like,” Adina Beedenbender, Assistant to Suffolk Parks Commissioner Phil Berdolt, wrote in an email to LI-DOG on Oct. 21st.

In an effort to accommodate users of the large dog park, the Suffolk Parks Dept. on Tues., Oct. 25th installed temporary fencing in the West Hills small dog park on High Hold Drive, dividing it into two not quite equal halves. The small dog park covers approximately one-third of an acre. 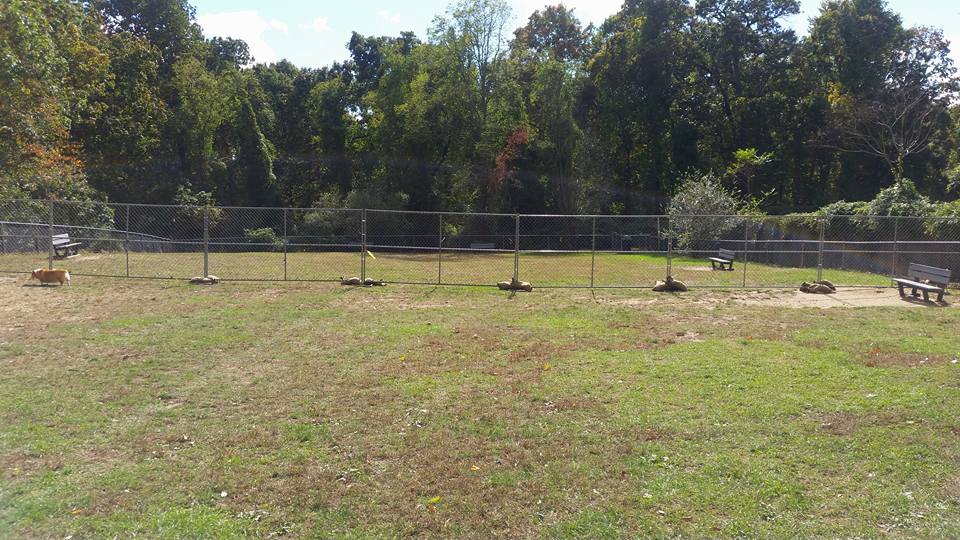 In emails to the Parks Dept. starting on Fri., Oct. 21st, LI-DOG urged the Parks Dept. to look at alternatives to splitting the High Hold Drive dog park in two. LI-DOG expressed concerns that the two halves would be too small for either big or small dogs and that the situation could lead to overcrowding and issues between dogs. “The main reason LI-DOG worked so hard in 2006 to get the large dog park on Sweet Hollow Rd. created was because of complaints about overcrowding and problems at the dog park on High Hold Dr.,” LI-DOG wrote in its email.  At one time the High Hold Drive dog park was the only dog park in Suffolk County.

Rather than create two very small off-leash areas, LI-DOG proposed that the Parks Dept. consider creating temporary off-leash areas in other open areas of West Hills Park. One possibility would be the back half of the parking lot on High Hold Drive. While the surface would need to be dealt with as it is currently gravel and dirt, the area is a decent size and could be easily fenced with temporary fencing. LI-DOG also proposed creating a temporary dog park on the large field south of the small dog park or even creating an off-leash hours program on that large field, in the mornings and evenings, for example, when people could let their dogs off-leash.

Unfortunately, Parks Commissioner Berdolt responded that at the time dividing the small dog park in two while “not ideal,” was the” only option,”  given there’s no money in the budget for anything other than everyday operations.  “Please remember this situation was not created by the county and we are doing our best to accommodate the public,” the Commissioner added.

We at LI-DOG are extremely disappointed and frustrated with the closure of the West Hills Large Dog Park on Sweet Hollow Rd. We worked hard with Suffolk County Leg. Lou D’Amaro to get this big, beautiful dog park created and for 10 years it has been an important part of the daily lives of many people and their dogs. We hope those responsible for the illegal dumping and the closure of the large dog park will be prosecuted to the full extent of the law and that when the large dog park at West Hills County Park reopens it will be better than ever.

In the meantime, we will monitor the situation and provide updates on new information as we receive it. We invite dog owners to reach out to us at lidog_news@yahoo.com with any ideas, questions, or information.

Thank you for your ongoing support.