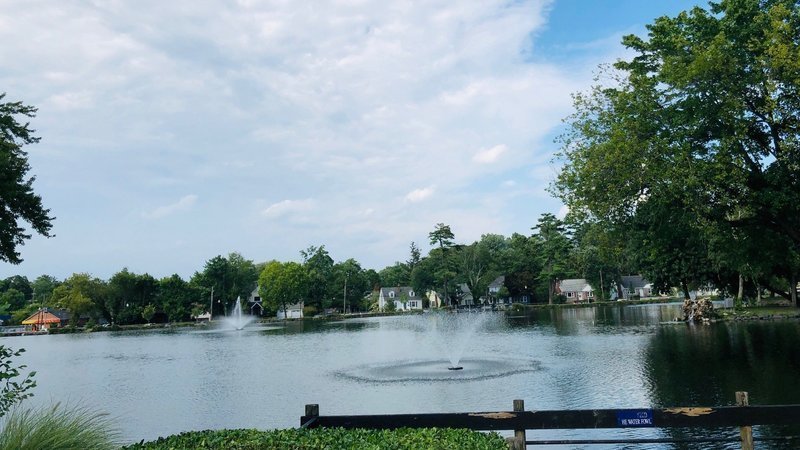 All interested Huntington dog owners are invited to attend! No need to speak, just show up in numbers. The meeting starts at 7 p.m. at Town Hall, located at 100 Main St., Huntington, NY 11743.

Councilwoman Cergol’s resolution is the result of an online petition that has gotten more than 2,000 signatures since it was posted in late August. Started by Huntington dog owner and PR pro Karen Thomas, the petition asks the Town Board to make Heckscher Park a dog-friendly park by allowing leashed dogs. While 2,000 signatures is great, we are still looking for more signatures, especially from Huntington residents. The Town Board needs to see overwhelming public support for making Heckscher Park dog friendly. Sign the petition NOW!

The petition notes that a dog-friendly park policy works well in nearby Northport Village Park keeping the park clean of goose droppings, creating a socially-friendly environment, and supporting local businesses. “Northport Harbor Park has allowed leashed dogs for years and is very busy with happy dog owners walking their dogs and enjoying events at the park,” noted Thomas. “But outdated laws have prohibited Huntington’s dog owners from walking their leashed dogs (in Heckscher Park), making the paths virtually empty when there are no events…and covered every day with goose droppings.”

In order to address that concern, the resolution maintains restrictions on dogs in the playground, in picnic areas, on the ball fields when they are in use, and in other active recreation areas. This is consistent with park policy throughout the town. The resolution also states that on-leash dog walking will be allowed on the walkway surrounding Heckscher Park Pond under the strict rule that dog owners yield to other pedestrians on the path. This also is consistent with town rules that require dog owners to keep dogs on leash and under control and that dogs yield to other park users on trails.

Restricting dogs from active recreation areas, having dogs on leash and under control at all times, and yielding to other park users on the paths should address any remaining concerns about allowing leashed dogs in Heckscher Park, said Ginny Munger Kahn, president of LI-DOG. “The leashed dogs policy works well in Northport, not to mention thousands of other community parks around the country,” she added. “There’s no reason to think Heckscher Park should be different.”

In an important first, Councilwoman Cergol’s resolution would also allow leashed dogs in the area around the Harry Chapin Rainbow Stage during events, provided dogs remain quiet and are in no way disruptive.

If the resolution is approved, the pilot program would start January 1, 2020 and run for one year. The Director of the Dept. of Parks & Recreation with input from the Dept. of Planning & Environment are to report back to the Town Board by Nov. 30, 2020, with any recommendations on the pilot program. At that time adjustments can be made.

In 2017, Huntington Supervisor Frank Petrone was quoted saying if the town’s dog-friendly park policy proved successful, the town would consider expanding it to other parks. Since that time, the policy has proven both popular and successful, with no reported incidents or issues.

“Northport Park…has demonstrated consistently that dog owners can be responsible and dogs can coexist in a park environment provided they are leashed at all times and waste is picked up…It’s worth at least a trial period,” wrote Loretta Milanese of Centerport in signing the petition. To read more great comments from people who have signed the petition, go to Quotes from Petition Signers 8-19.

Given the intense interest Huntington residents have demonstrated in being able to walk their leashed dogs in Heckscher Park, the steps that have been taken to address concerns, and the ability to adjust the pilot program as needed, LI-DOG is urging the Town Board to support the resolution to create a pilot program to allow leashed dogs in Heckscher Park.

What You Can Do:
Please let Supervisor Chad Lupinacci and the other members of the Huntington Town Board know that you support allowing leashed dogs in Heckscher Park and why you’re reaching out to them. The more calls and emails elected officials get, the more likely the resolution will pass! Please call or email the following elected officials NOW:

The more calls and emails our elected officials get, the more likely they’ll approve the pilot program. Let your voice be heard!