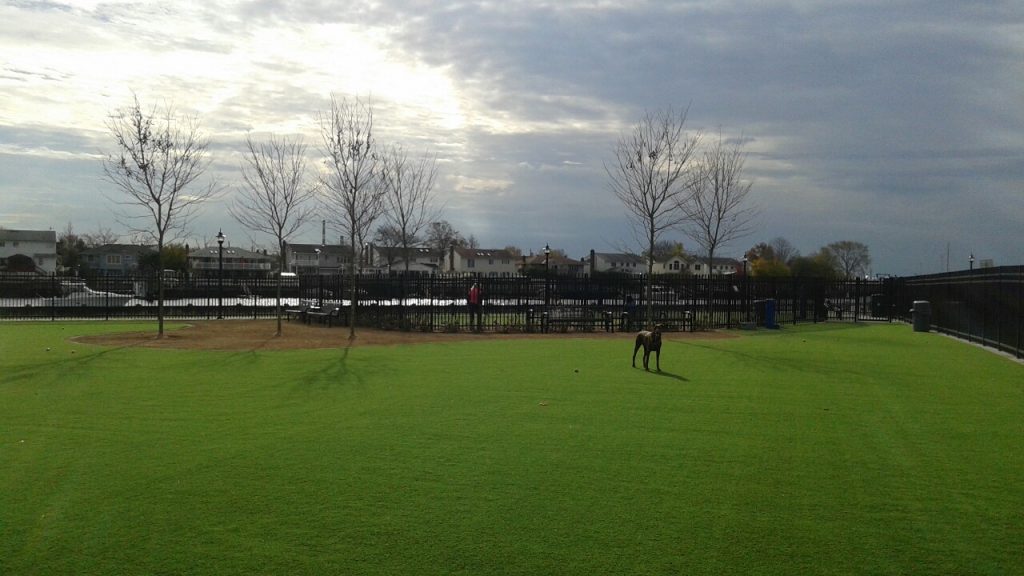 Dog owners and their dogs are once again running and playing at the Bay Park Dog Run in E. Rockaway. The dog run, which is located off Marjorie Lane in the East Park section of Bay Park, has been completely renovated and rebuilt (Google Map). The East Park section of Bay Park was severely impacted by Superstorm Sandy in Oct. 2012. The newly rebuilt run features large and small dog areas, K9 Grass turf, 6-ft. high estate fencing, benches, drinking fountains in both sections, and new shrubs and trees. Work on the new run, which cost $625,000 and was done by Grace Industries under contract to Nassau County, started in May 2014 and was completed on Oct. 30, 2015. The response of dog owners to the new run has been great and a new Facebook Group has been created for the dog owner community there. Check out what’s going on at the dog run by going to Bay Park Dog Run on Facebook!