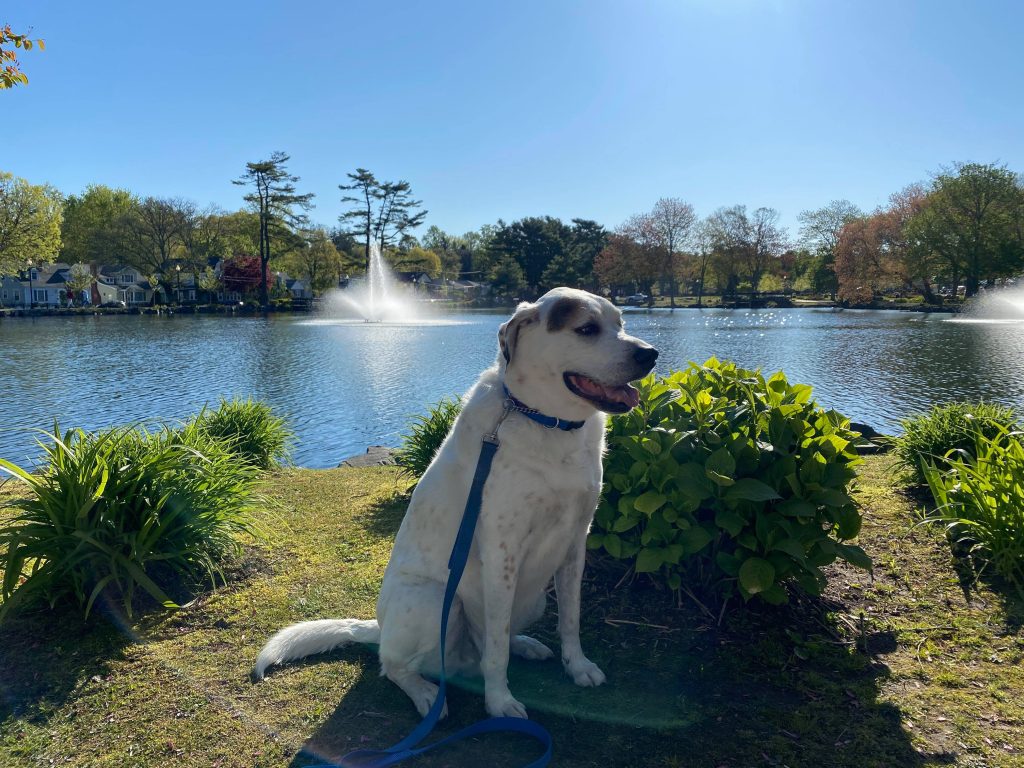 A resolution to finally add Heckscher Park to Huntington’s townwide dog-friendly parks policy is up for a vote by the Huntington Town Board on Thurs., Nov. 19th! The vote, which will take place at a virtual meeting starting at 2 p.m., comes almost a year after the successful launch and operation of a pilot program in Huntington’s premiere community park.

At the Nov. 4th Public Hearing on this latest resolution–which went smoothly with no one speaking in opposition–LI-DOG President Ginny Munger Kahn noted that not only has the pilot program operated successfully through all four seasons of the year now, “but the policy of allowing leashed dogs in Heckscher Park has gained broad support among dog owners and the community. Even people who were initially uncomfortable about allowing on-leash dogs in Heckscher Park, “ she said, “now support making the policy permanent as dog owners are following the rules and the pilot program has been responsive to any issues raised by local residents.”

In its email to the Town Board Urging Support for Adding Heckscher to its Dog Friendly Parks Policy, LI-DOG noted that much of the credit for the success of the pilot program should go to the Oversight Committee formed by Councilwoman Cergol late last year, which includes volunteer Park Ambassadors (dog owners who volunteered to help public education efforts in the park), representatives from organizations like the Citizens Advisory Committee for Persons with Disabilities and representatives from Huntington’s Dept. of  Public Safety and the Division of Animal Control. The Committee was responsible for monitoring the pilot program and making adjustments based on input from the community.

Whenever issues were brought to the attention of Councilwoman Cergol and the committee, Park Ambassadors would step up public education efforts in the park to make sure everyone knew what the new rules were. Thank you so much to all the Park Ambassadors who committed their time to making sure the pilot program was successful!

The results of these efforts and the effects of the pilot program on Heckscher Park are summarized in the final Park Ambassadors Report submitted by Karen Thomas, creator of the petition that made the pilot program possible, and LI-DOG. Among the key findings:

The bottom line is that the on-leash dog walking program in Heckscher Park has been a success and Heckscher Park should be added to the town’s broad dog-friendly parks policy, the report’s authors conclude.

Dog owners need to be aware that restrictions on dogs, both leashed and unleashed, remain in place for specific areas of town parks. Among these are:

How You Can Help:  If you have not already done so, please email the Town Board and urge the Board to add Heckscher Park to Huntington’s townwide dog-friendly parks policy! Even if you don’t own dog, let them know how great it is to see people walking their leashed dogs in the park! At this point, simply send your email to Town Clerk Andrew Raia at araia@huntingtonny.gov. His office will distribute all communication they receive to the Town Board members.