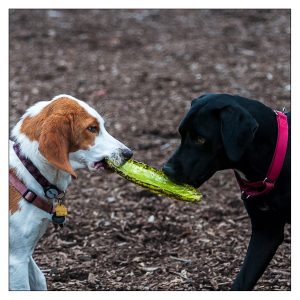 Town is Committed to Expanding Opportunities for Pets and Pet Lovers, He Adds

The Town of Oyster Bay will not move the dog park located on Clocks Blvd. in Massapequa, according to Town Supervisor Joseph Saladino. While the Town had considered moving the dog park to a strip of land located on the eastern edge of the property or maybe to a site on the western edge of the Field of Dreams park, given the controversy that arose over the Town’s plans and the opposition of dog owners, moving the dog park is now “off the table,” according to the Supervisor.

The Town “NEVER had intentions to deprive dog park facilities in Massapequa from our residents,” the Supervisor wrote in a statement to LI-DOG. Rather, the Town was looking at the parcel of land on which the current dog park sits as part of a townwide appraisal of properties done to take advantage of a $2.8 billion New York State land preservation program. “The selling of property to NYS guarantees its preservation, while assisting to further reduce the debt of the town,” stated the Supervisor. “Statements…that the Town of Oyster Bay planned to close the dog park in Massapequa..are untrue,” he said.

The Town of Oyster Bay’s Dog Park at Massapequa opened in June 2012 and is located on an approximately five-acre site bounded by Clocks Blvd. on the west, E. Pine St. to the south, County Line Rd. on the east and Louden St. to the north. (For details on the dog park, go to Nassau County Dog Parks.)

News of the Town’s plans to sell the dog park first appeared in a Sept. 20th article in Newsday. “The Town of Oyster Bay will be constructing a new state-of-the art dog park on the eastern end of the property,” Town Spokesperson Brian Nevin told the newspaper. “The remaining property will be returned to the (tax) rolls to help reduce the current tax burden on homeowners.”

The reaction to the news from dog owners was swift and unfavorable. “My neighborhood was completely unaware of this until two women approached me yesterday with flyers,” said one post on the Massapequa Dog Park Facebook Group. “Myself and my neighbors are very upset, this is one of the best dog parks around.” Dog owners immediately started a campaign to call and email the Supervisor’s office and on Sept. 23rd a rally in support of the dog park was held at the park, which was covered by FIOS1. The son of a former dog park regular who passed away and to whom a memorial tree has been planted asked that the plaque by the tree be returned to him should the dog park be closed.

Since then, Supervisor Saladino, Parks Commissioner Joseph Pinto and other Town officials have worked to assure dog owners that they do not intend to close the Massapequa Dog Park and at this point do not intend to move it. In fact, the town will now look to make enhancements,” said Saladino, pointing to plans to build a dog washing station at the park.

On Oct. 29th, the Town announced that it would receive a $100,000 grant for construction of a new dog park in Bayville as a result of the efforts of New York State Senator Carl Marcellino. According to the Town, it met with north shore residents earlier this year to discuss the construction of a new dog park at Charles E. Ransom Beach in Bayville. In announcing the new dog park, the Town noted that locating the dog park at Charles Ransom Beach will not only benefit dog owners who live in the northern part of town, but will also benefit the Bayville business district by bringing in additional visitors and their pets year-round.

“Please know that we love our pets and this administration is committed to expanding opportunities for pets and pet lovers alike in a safe and meaningful way,” the Supervisor’s statement concludes. As a result, LI-DOG has received a commitment from the Supervisor to meet in the coming weeks to discuss ways to increase access to the town’s parks and beaches for Oyster Bay families and their dogs.

Thanks to all the dog owners who emailed, called and came together in support of the Massapequa Dog Park!