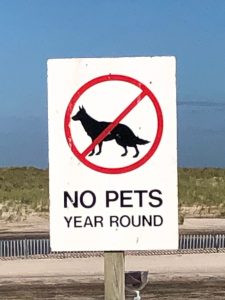 NYS Expected to Come Back with Proposal Soon

Yayyy!! We hit 6,000 signatures on our Petition to Lift the Dog Ban on New York State Beaches. Thank you SO much to everyone who has signed and shared our petition. 6,000 people is A LOT of people asking for change! The Comments people have left about why they’re signing have been great. As one former NYS Parks employee wrote, “I know that a large majority of dog owners are responsible and should have access to our beautiful beaches here on Long Island!”

Since we met with the NYS Office of Parks and Assemblyman Steve Stern in early June, we remain optimistic that our petition will result in a positive step forward by the Office of Parks. In fact, we expect that the Office of Parks will come back to us with a proposal soon. We will be sure to let everyone know as soon as we have more information!

In the meantime, thanks to everyone who is helping to spread the word about our petition and our efforts to lift the ban on dogs on NYS beaches.