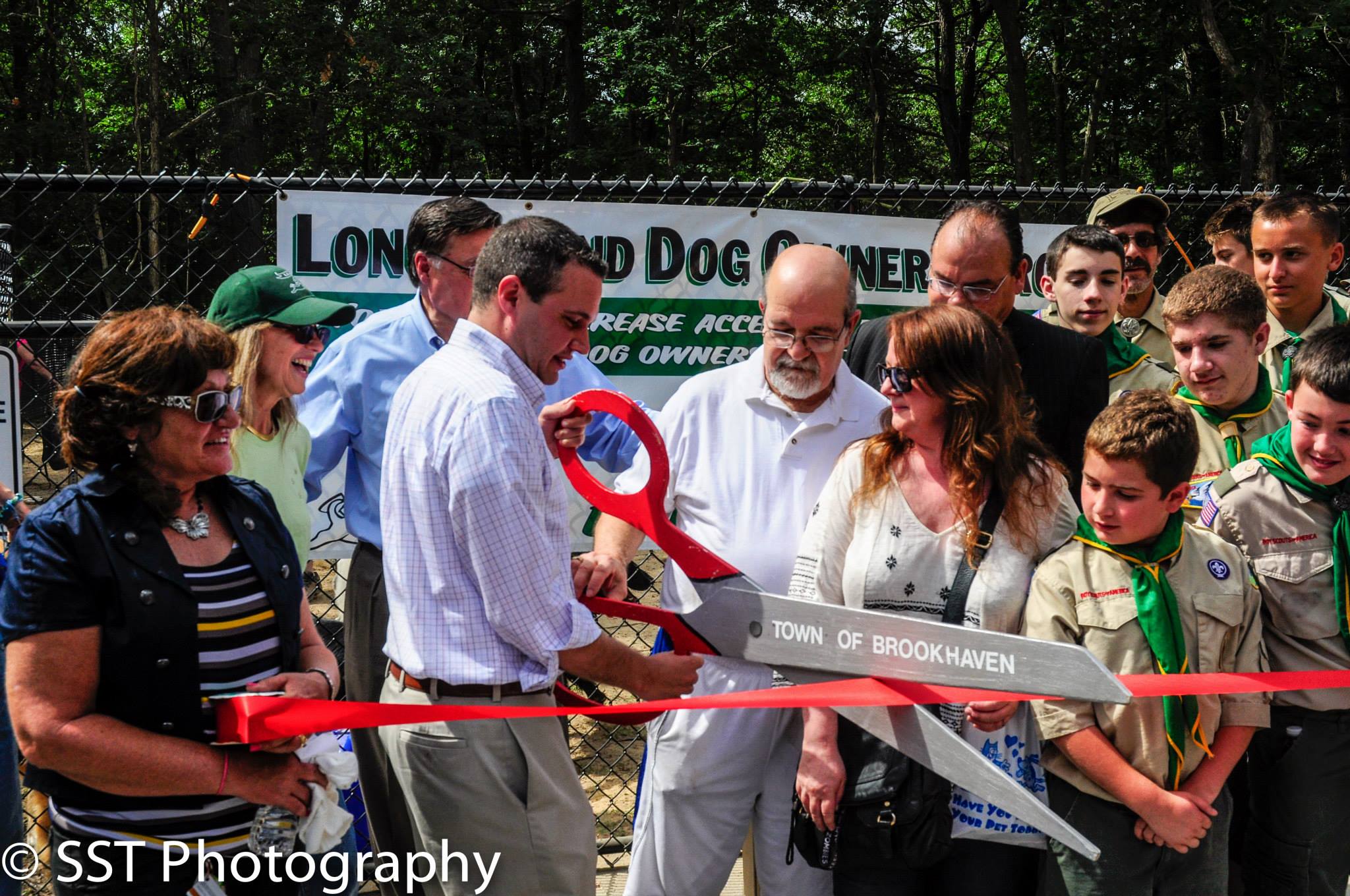 More than 150 dog owners and their dogs converged on the new Selden Dog Park on Sat., July 26th to celebrate the Grand Opening of the long awaited dog park on Boyle Rd. The Grand Opening featured raffles, giveaways, paw-printed balloons, and a ribbon cutting by Brookhaven Councilman Kevin LaValle and Town Supervisor Ed Romaine. The elected officials were flanked by Boy Scouts from Troop 229 of Selden as well as leaders and supporters of Central Suffolk Paws and LI-DOG who cheered and applauded as dozens of dogs played behind them in the new off-leash area.

“We are very excited to be here today. This is a turning point for our community,” said Irene Rabinowitz, the founder of Central Suffolk Paws—LI-DOG’s Brookhaven campaign–and the driving force behind the effort to get the dog park created. “I want to thank Councilman Kevin LaValle, Supervisor Ed Romaine, our Town Parks Dept., all our supporters in the dog owner community, and most of all, my dog Sydney who wouldn’t let me give up until this vision became reality.”

“This is a milestone dog park opening for LI-DOG,” said LI-DOG President Ginny Munger Kahn in a prepared statement. “This is the 10th dog park on Long Island that LI-DOG has worked to develop with elected officials, Parks Dept. officials and our fellow dog owners. We’re proud of our efforts to create these wonderful recreational spaces where dogs–and people–can socialize and enjoy the great outdoors. That’s what public parks are all about.”

The effort to create the Selden Dog Park started in 2011, when Rabinowitz collected more than 400 signatures on a petition. In Sept. 2011, CSP and LI-DOG submitted a proposal to create a dog park on the Boyle Rd. site, which had been identified in the Town’s 2008 Smart Growth plan. Meetings and site visits with elected officials and Parks Dept. officials ensued along with numerous emails, phone calls and meetings in which dog owners consistently asked that the dog park be built. Finally, after a community meeting in which many local residents spoke in favor of the dog park, Councilman LaValle announced in March that the dog park had been approved and construction would start this spring.

The 57,000-square-foot dog park, which is located on Boyle Rd. north of Middle Country Rd.  between Carston St. and Corvair Lane, features small dog and large dog areas, double gated entries, poop bag dispensers and receptacles, and plenty of shade provided by numerous mature trees that have been left in place by the Town. “It is a beautiful dog park and we want to thank the Brookhaven Parks Dept. for doing such a great job,” said Rabinowitz.

Councilman Lavalle noted that the “great turnout” was a good sign “we’ve constructed a park that we can all be proud of and enjoy.” Please let Councilman LaValle know how much this new dog park means to you by emailing him at klavalle@Brookhaven.org.

In his remarks, Supervisor Romaine said this will not be the last new dog park created within the Town of Brookhaven and that the Town is already looking at site in northern Brookhaven as a potential new dog park.

Also attending the Grand Opening were adoptable dogs from the Town of Brookhaven Animal Shelter and Last Chance Animal Rescue. They all seemed to be having as much fun as the people! 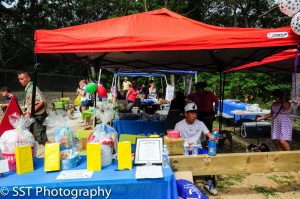 Numerous local businesses contributed to the event by providing raffles, giveaways, demonstrations, snacks and refreshments. Thank you to the following people and businesses for helping make the Selden Dog Park Opening such fun!

Please click the names of these people and businesses who support our dog park for more information about their great products.

A new Facebook Group also has been created for the new dog park so everyone can keep up on the latest happenings there. Check out the Selden Dog Park Facebook Group.

And, to see lots of photos of the Grand Opening, go to the LI-DOG Meetup site, the LI-DOG Facebook Group, and Central Suffok Paws on Facebook.

Finally, thank you to ALL  our fellow dog owners who wrote emails, made phone calls, and came to meetings over the last three years in support of the dog park. Together, we made it happen!