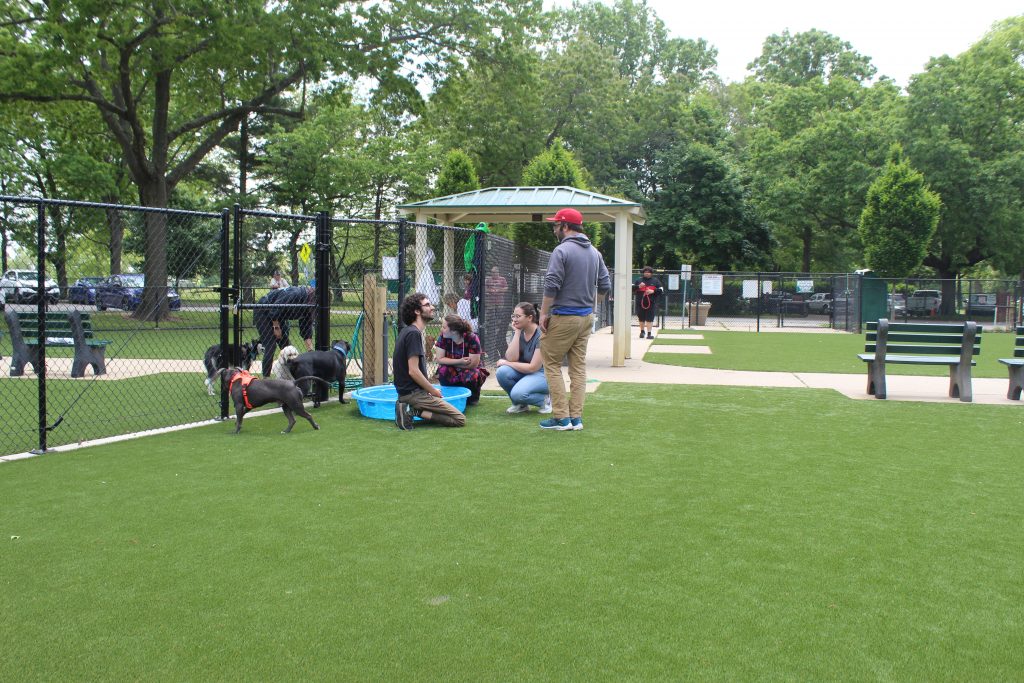 The Eisenhower Dog Park, which LI-DOG worked to get opened in 2012, has been renovated and as of mid-April 2022 reopened! 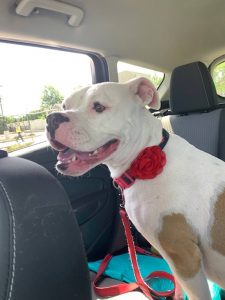 River On Her Way to the Dog Park Photo Credit: Jasmin Bevolas

The biggest change? Artificial turf has been laid down on both the large and small dog areas to reduce dust and mud since there were previously several large bare spots on the field. Additionally, a row of evergreens has been planted on the east side, as a natural border between the park and adjacent bike trail, as well as the residences across the street. Also incorporated into the park are a beautiful butterfly bench and a planter, both of which were painted by members of local Girl Scout troop number 3175.

The dog park was closed in November 2021, so the renovation work could be done and was reopened with an official ribbon cutting ceremony in May. LI-DOG worked with Nassau County and Pet Supplies Plus to get the dog park, which covers about an acre of land, opened in October 2012. The dog park also features additional benches, a gazebo and access to water.

The entrance to the dog park is located near the intersection of Salisbury Park Drive and Stewart Ave in Westbury. (Google Map)

Local dog owners are pleased with the improvements. Dog park enthusiast Jasmin Bevolas takes her rescue dog River there several times a week and said, “River really loves going to the park and seeing her friends and I’ve met some great people there as well!”

Come on down and check it out!